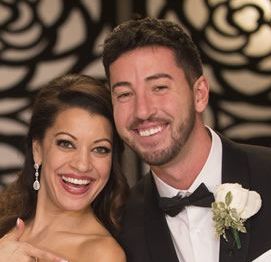 As you watched the installments of “Married At First Sight” which of the couples did you think had the best chance of creating a successful marriage, which did you think would fail and what were the things you observed that led you to those expectations?

For an American-style marriage to have the best chance of being successful it must have three things in addition to true romantic love (more on this later). Each of the marital partners must be sane, stable and mature, or as the famous phrase puts it, “of sound mind.” There must also be a natural compatibility with a significant overlap of common interest and views.

Lastly they must be able to communicate openly and honestly with each other and consistently use those skills in continually building a deeper relationship as well as resolving issues that most certainly will continue to arise as time passes. You look at each of these four areas when performing an autopsy of a marriage that has died.

True romantic love consists of physical sexual attraction, idealization of the other person and some time spent in a relationship to see that these two remain strong or perhaps increase. Where either partner finds the other one physically disappointing or unappealing there’s a good likelihood that true romantic love will be a long time in coming if it ever does appear. Likewise if the character traits a partner attributes to the other in the flush of sexual excitement turn out not to be true then the disappointment will likely end the appeal.

If there is lust and idealization but as time spent together unfolds there is less joy at being together or outright desire to avoid company there’s little hope for the future. Many are the times that at least one partner has reached this place fairly early in the relationship, being ready to end it, only to find they have already become pregnant.

Marriage is not for children or for those in emotional turmoil. It is for those who have successfully dealt with the issues created in childhood and adolescence and are now firmly rooted in adulthood. It is for those who are comfortable in their own skin, who have come to terms with the insecurities growing up tends to give us.Also, marriage is for a free agent, unencumbered by emotional entanglements in a previous relationship.

For those who haven’t become this stable the stresses of making the intimate relationship of marriage work will generally prove overwhelming. Also, people who have not yet matured in the ways described above will invariably be looking for marriage to cure their problems since the early rush of romance makes one feel accepted, understood and loved. What marriage will most likely do is simply set the unresolved issues in sharper relief.

It is readily understood that two people being compatible means that they get along well together, work well together. Most likely there are common interests and common sociological factors such as age, socioeconomic class and education level. In this way similarity is a large factor in compatibility.

What is less understood is that compatibility is one of many personality traits and that people vary significantly on how easily they are to be compatible with a variety of people. The more approachable and more accepting of others a person is the more likely he or she is to be able to be compatible with a larger group of individuals. The more demanding the criteria for someone else being acceptable and the more rigidly these criteria are applied the smaller the number of people with whom compatibility can occur.

A significant contributor to compatibility can be real differences between people if each find the differences intriguing, fascinating, bringing different strengths to the relationship and being sources of mutual banter. It is a real warning sign is one person in a relationship typically seeing a partners differences as being wrong or inferior and pressuring the partner to change and “be like I am”.

For any relationship, business, friendship or romance to have a thriving future there must be communication, some sharing of thoughts, desires and feelings among the parties involved. All the differences in these areas will be causes for misunderstanding, confusion and friction, since all individuals are so different one from another. Failing to share what one wants and why one thinks that’s the better way to go virtually guarantees a partner misunderstanding and attributing inferior motives, becoming emotionally upset and more readily giving up on the relationship. Most marriages that end in divorce could not only have continued but also have been much more vibrant to the individuals involved had they possessed better communication skills and never threw in the towel on trying to connect on all the important issues of their life together. As it has been said, when you are talking about the relationship the conversation is not just an aside, the conversation is the relationship.

In watching couples’ relationships unfold as you have in “Marriage At First Sight” you can likely peg where the good intentions ran off the track. It was lacking in one or more of these four criteria for a successful marriage: true romantic love, stable individuals, strong compatibility and ceaseless effective communication. How do you see it?